For preparing another article I was trying on my pretty straight forward dev box to debug an empty provider hosted app solution. However I was experiencing some problems with setting up my dev box to allow provider hosted apps to run on the same box using IIS Express. First I started with a blank new SharePoint 2013 App solution in Visual Studio 2012 and tried to deploy it on my machine (using a IISExpress instance for running the actual contents of the app). First deployment was failing because the services needed to run apps where not running. Make sure that the appropiate services are running as shown in the following screenshots:

The App Management Service Application should be started.

The App Management Service should also be started.

After starting the services and performing an IISReset I could successfully deploy the app to SharePoint. A window will open with the question to trust the app. After that I was getting the following exception:

A token error which was occurring…

After googling a bit around on this error I found an >article which explains why it isn’t working. The app is trying to authenticate using the so-called Low-Trust model and expects Access Control Service (ACS) as a trust broker. I decided that I want to use High-Trust because I don’t want to rely on an internet connection in the dev box to connect to O365 ACS. The advantage is that you don’t need Office 365 for ACS, the disadvantage is the bunch of configuration work to do. First you need to do some preparation work which is described by Microsoft in the following article. Probably you already have a farm installed, so you can start at step 6. To make it easier I included the full PowerShell script from the article here with some useful comments: 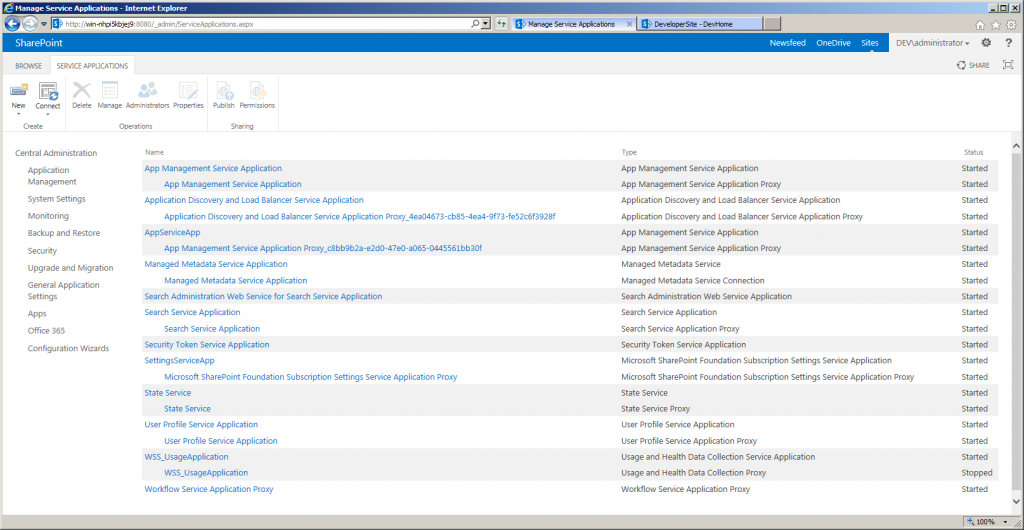 New service applications and proxys has been added by the script.

Then you can start with the preparations to create your High-Trust Provider Hosted app. Microsoft described this again in a article. Again I’m sharing the PowerShell which is posted along the article:

The article also describes what to do when creating the solution in Visual Studio. You need a .pfx export of your certificate with private key to let it work. When running the default sample you should see at the end a page with the Site Title displayed on it: 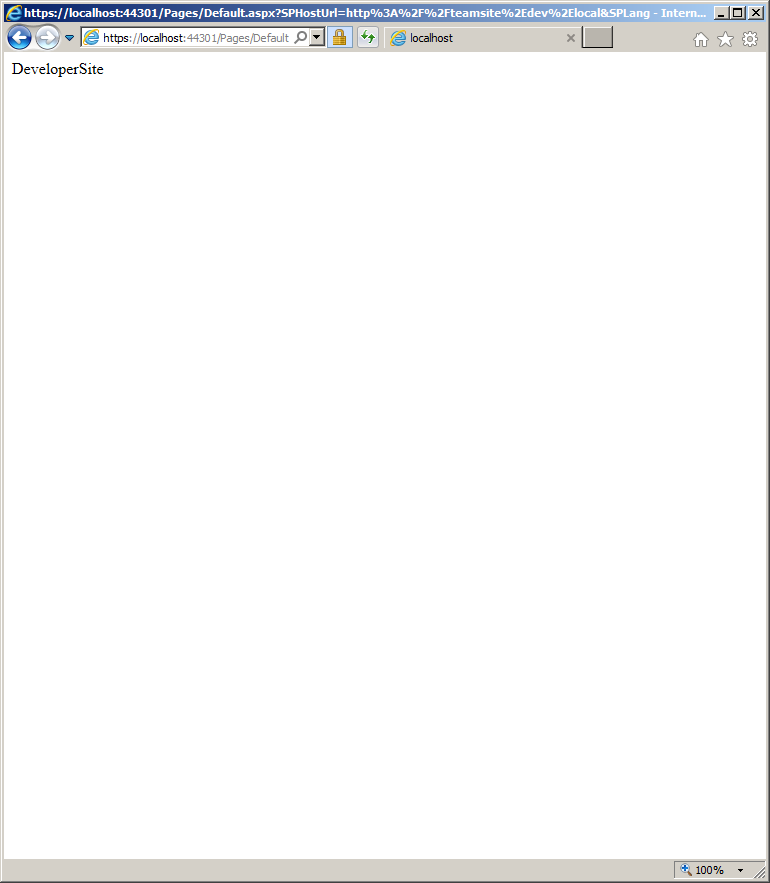 Now you can start creating your app! Happy coding!