In SharePoint 2010 a new library type has been introduced called Asset Library. This Library is very suitable for storing rich media content like Audio, Video and Images. The library also contains a view by default which shows thumbnails. In SharePoint 2013 this functionality has been changed slightly. In this post I will mention some changed functionality and also some internal technical changes, which you need to know when using it in custom web templates or code.

The most major change in 2013 is the ability to play audio and video directly from browser. SharePoint contains two players to support that. One is a Silverlight player and the other is a HTML5 player. The HTML5 player uses the audio and video tags to accomplish that. Video’s can be played by using the context menu on a video or audio file and then choose for play. Then the video is played directly from browser: 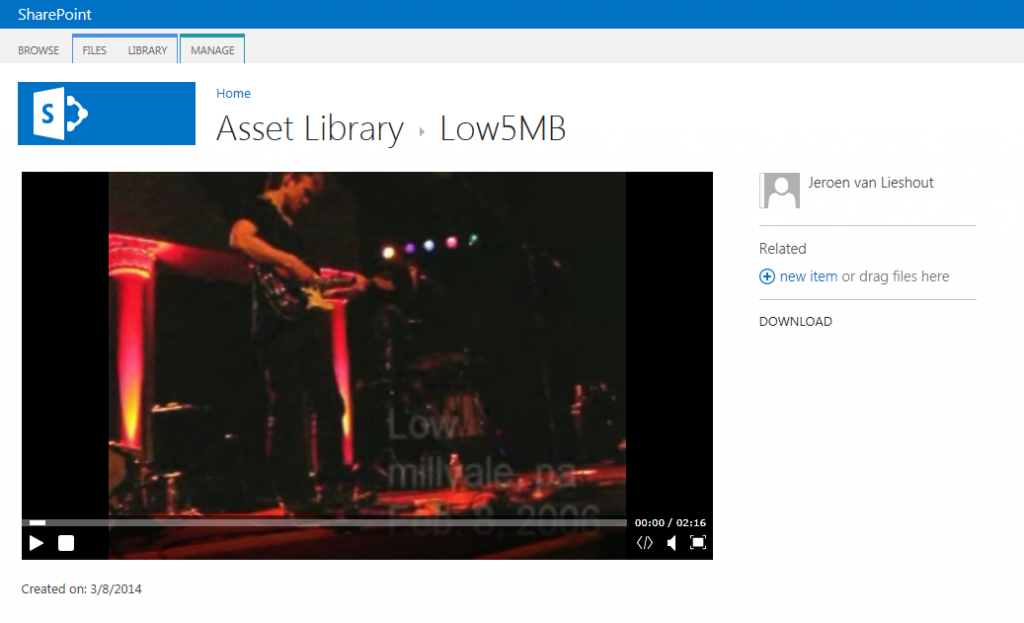 The video player in SharePoint 2013 which allows to play video’s directly from browser.

The video functionality has been extended more then only playing them from browsers. From now you can also select thumbnails which you want to show in the Asset Library when browsing through all items. When uploading the video the end user can select an option to choose a fragment from the video as thumbnail, upload a thumbnail image or use a picture from the web: 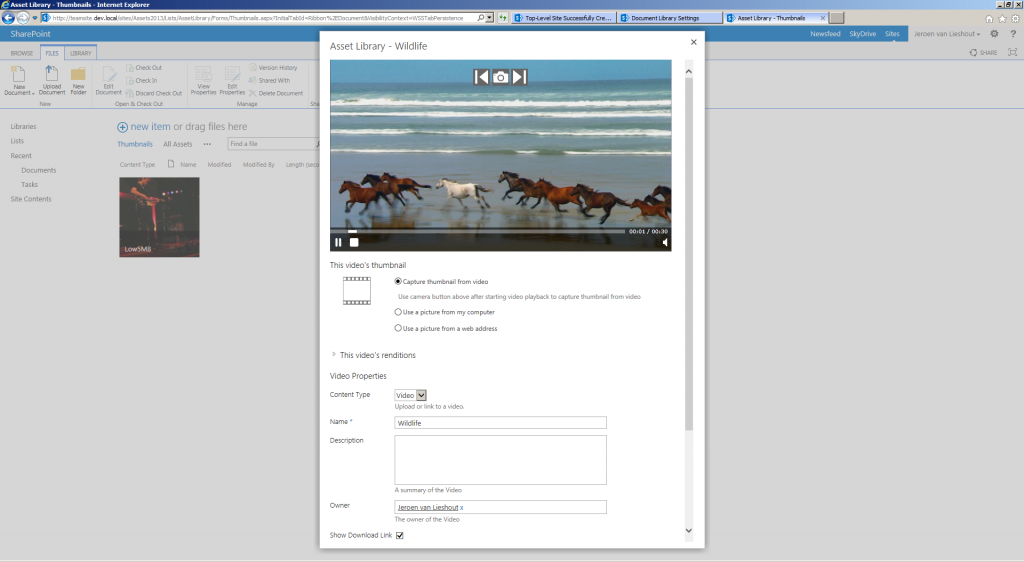 The upload video screen shows the option to select a thumbnail directly from video, image or web address.

As seen in the screenshot the video can be played and the snapshot button can be used to select the frame for thumbnail. This is pretty cool functionality which is very helpful for end users to recognize the video’s uploaded other than only the filename. 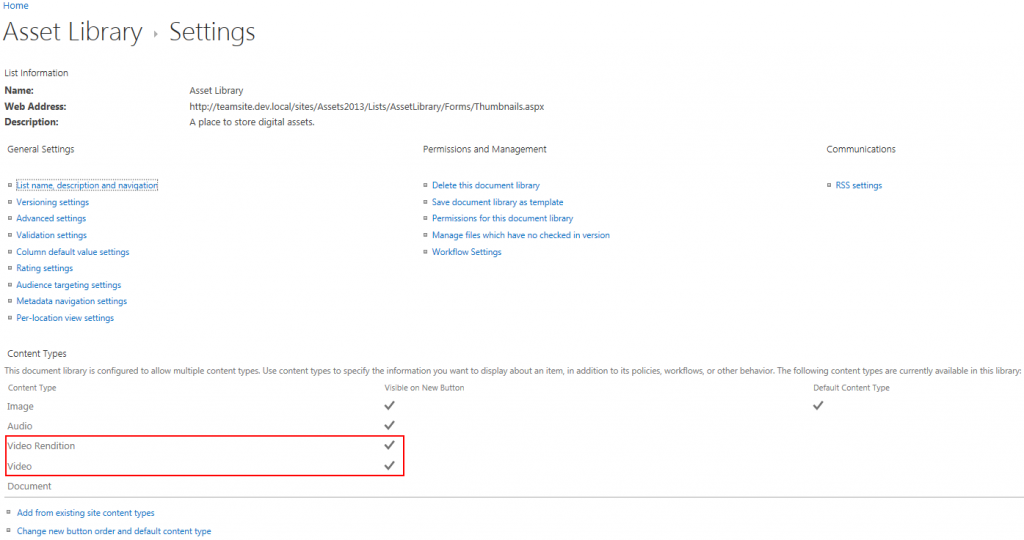 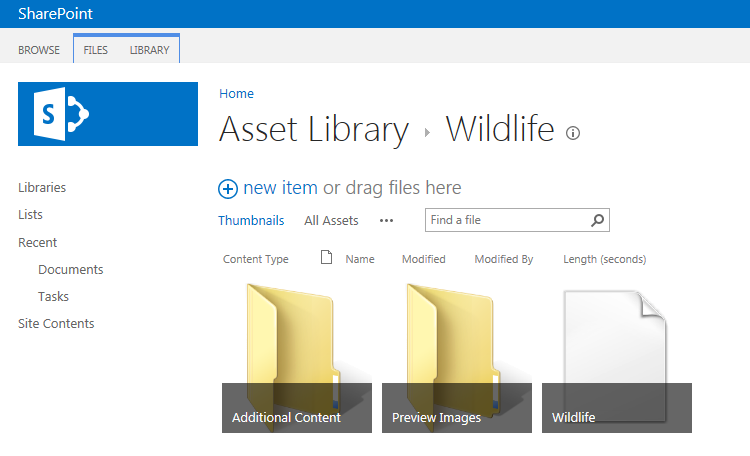 The video file itself is actually a folder containing some sub folders and the video itself.

As you can see there is a folder named Additional Content, Preview Images and a file called Wildlife. Wildlife is in this example the video itself, which is called a Video Rendition. One video can contain multiple renditions so its possible to have multiple video’s here. I will come back to that later. The Preview Images folder actually contains the thumbnail images which are uploaded for the video or generated for the video. The Additional Content might contain other files but is most of the times empty. The player page which is opened when opening a video is actually a Document Set Welcome Page which is associated to the Video Content Type. It opens automatically a page called Forms/Video/videoplayerpage.aspx. So if you want to customize something with video’s and players then you can start there already.

Now let’s come back to video renditions. It is a feature to make it possible to provide video’s for users with a lower bandwidth available or doesn’t want to download a high resolution version. For video’s this can be managed from the edit properties page for a video and then on the down left corner you can manage the video renditions.

The video rendition page makes it possible to upload multiple versions of a video. When the bit rate is specified as metadata then this will be used to automatically show the video with the lowest bit rate. It is also possible to force one version to be shown as default. This can be managed per video individually.

Another thing which is new is that you are able to configure some settings for video processing and playback settings. These settings can be managed by going to the content type settings:

The settings screen provides the ability to enable/disable automatic metadata extraction and preview image from video’s uploaded. Also preview from video renditions hosted outside SharePoint can be enabled/disabled.

Jeroen van Lieshout works as a developer at Avanade, mainly specialized in developing web based solutions and integrations.